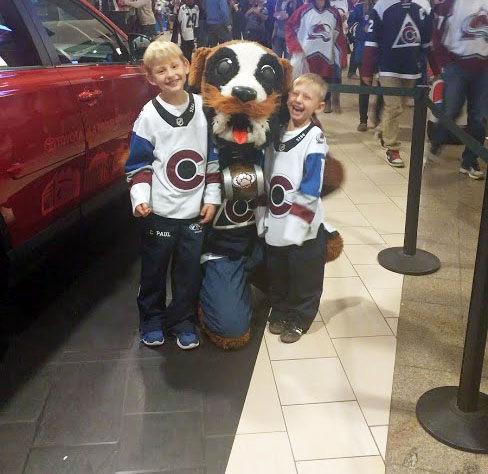 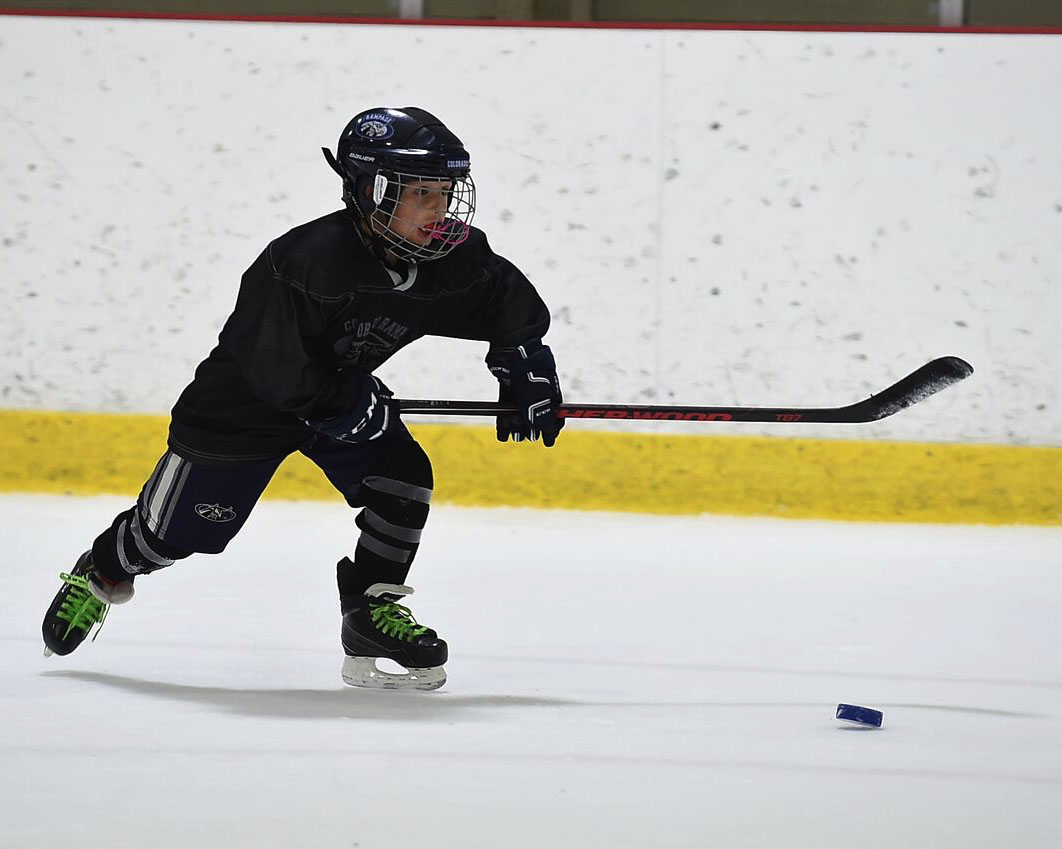 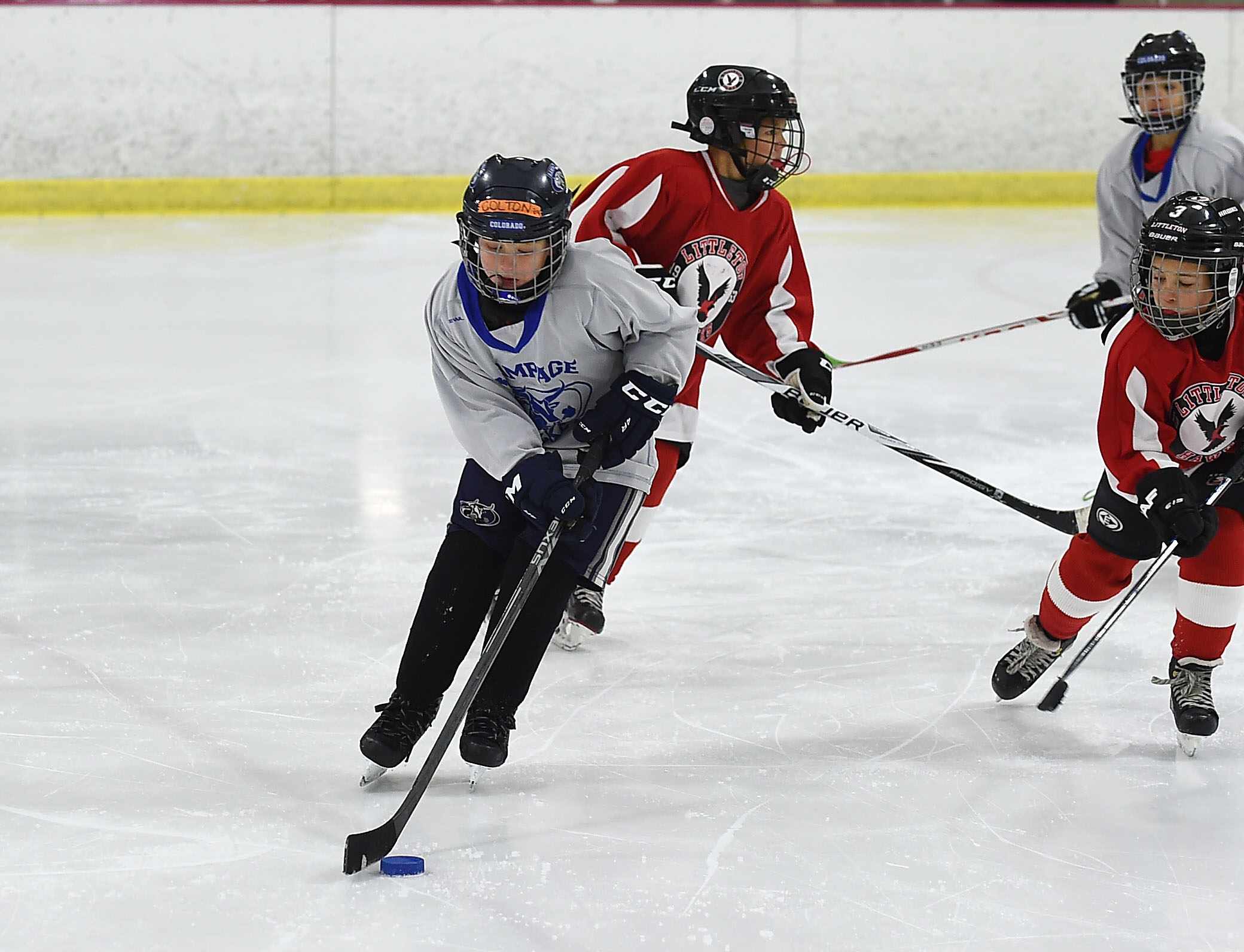 Over the past year I have had the pleasure of writing about Rampage Youth Hockey at the Monument Ice Rink, one of the finest programs in the state of Colorado. This week I would like to feature two young brothers and their love of the game they love to play. Both boys learned to skate at age 3. Colton, who is now 8, is in his 4th full year with Rampage Hockey, while younger brother Cody is 6, and also in his 4th year.
In an interview I asked their mom, “Heather”, what enamored her two boys to the game. “My mom and I are both graduates of the University of Denver so we took Colton to a DU/ CC game when he was about 15 months old. We expected him to be bored, but in spite of us sitting near the top of the rink, he stood up and watched the entire game. That year for Christmas all he wanted was ‘hockey’. After getting a little plastic play set, he could not stop talking about it, so at age 3 we put him in the Learn to Skate program at the Monument Ice Rinks. He first put on hockey skates in Pennsylvania at age 3 1/2 and was hooked. Cody, who is 19 months his younger, will do anything big brother does. Cody strapped on hockey skates at age 3 and played his first Rampage season at 3 ½. Colton loves the coaches and being part of a team. He enjoys playing defense because he likes helping his goalie and making plays happen up the ice. Cody loves everything about it and can’t imagine ever not playing hockey. He likes playing defense and scoring as well.”
When asked about their favorite teams and players: “Colton’s favorite NHL team is the Colorado Avalanche; Matt Duchene is his favorite player. His favorite college team is University of Denver. Cody loves the Pittsburgh Penguins and Sidney Crosby. DU is his favorite college team, and where he wants to play college hockey.”
I asked Heather how sports have affected them off the ice. “Both boys are excellent students, they know that playing hockey depends on them getting good grades, staying out of trouble and being a good teammate on the ice. It’s been a hard lesson sometimes and I, as a parent, appreciate the structure, discipline, and development of fundamentals that are so important, not just in sports, but also in life.”
What could you add to encourage other parents to “try hockey for free” at the Monument Ice Rink? “We feel so fortunate to have found the Rampage organization. The coaches and leadership are clearly about the players, they are dedicated to helping each player be the best they can be. In addition, I’ve always been impressed by the older players at the rink who are willing to take time to help the little ones out – and they remember their names! It sounds trivial, but it means a lot to have those great role models influence my kids.”